CAPT J.D. "Pogo" McGraw was born in Cleveland, OH and grew up in Dewitt, NY. He graduated from high school in June 1942, enlisted in the NAVCAD Program in September 1942, and graduated as a fighter pilot in July of 1943 in Corpus Christi, TX. He was assigned to Composite Air Group 10 (VC-10), flying Grumman "Wildcat" fighters from the USS Gambier Bay (CVE-73).

He saw combat action in the Pacific Theatre at Saipan, Tinian, Guam, Pelilieu/Anguar, Hollandia, Letye and the Battle of Leyte Gulf. He became an ACE by shooting down 5 enemy bombers and fighters, probably destroying 3 more. He was awarded the NAVY CROSS and Distinguished Flying Cross for repeated attacks against the Japanese Battle Fleet at Leyte Gulf, which sank his carrier in the action. McGraw flew the last fighter off the carrier just before it went down. He continued to fight from a sister carrier until survivors from his carrier and Air Group were withdrawn from action. 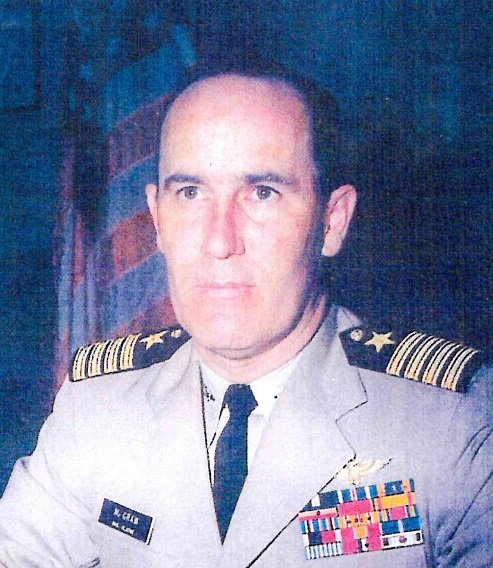 He finished the war as a Fighter Combat Instructor. In 1946 he attended college, studying Aeronautical Engineering. In 1950 he was recalled to active duty for the Korean War. He flew Grumman F9F-2 "Panther Jets" in Air Group 101 from USS Boxer (CV-21) on over 60 missions in 1951. After Korean War duty he became a Navy Test Pilot for the Douglas X-F4D-1 "Skyray" interceptor, completing 25 years of service with retirement in 1968. While ranching in Colorado, he flew "Slurry Bombers" for the Forestry Service, combating forest fires in the mountain states.

In 1983 he "re-retired" and moved to Widbey Island with his wife Diana. They have raised five children. Their oldest son became a Naval Aviator serving for 12 years before becoming a Captain for USAIR. He is now a Captain in the Naval Reserve and is married to a Navy nurse who is also a Captain, making it 3 Captains in one family.